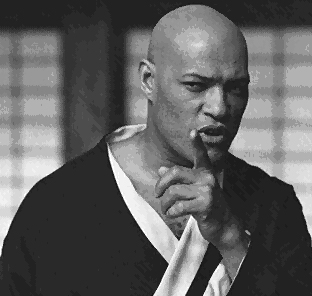 “Welcome to the desert of the real.” -Morpheus

Have you ever met someone and said, “Wow. What an awesome person”? Has anyone ever stricken you as an all around cool, good, fun dude/dudet from the second that you met him/her? I’ve met people like that. I meet them all the time. Some people just make great first impressions. Sometimes, those people really are awesome. They’re genuine, good people. Often times, they turn out to be good friends. But, like most things in life, there’s a flip side to the coin.

Sometimes you meet someone who isn’t all that they seem to be. Sometimes there’s something underneath that outer layer that isn’t so pleasant. The person you thought was far out (yes, I use hippy terms) is what we humans refer to as an “asshole”. They lied about 99% of the things they said, they don’t actually want to be your friend, and they talk about you behind your back. Yes, it’s a horrible feeling when we meet someone like this. Someone that’s able to pull the wool over our eyes, to fool us into thinking that they’re cool.

There’s a song that pretty much sums up what I’m trying to tell you. It’s called “Hearts All Gone” by blink-182. The lyric that really sends the message is, “You seemed so sweet at the start, but the start’s all wrong”. Basically, you seemed like a cool person when I met you, but now that I know what you’re really like…well…you suck. Here’s the song. I implore you to take a listen.

A musical masterpiece if I’ve ever heard one.

Underneath all of the musical glory, there is a very clear message. People who give false first impressions are uncool. Typically, they’re mean, unkind, nasty, no-good, dirty-rotten, son’s of snitches. They have no souls. They have no hearts. They live one big, fat lie. And if you ask me, that’s pretty sad.

So, why am I telling you this? Why am I dumping all of this material on top of your blog-reading heads? Be patient, kimosabi, and I’ll tell you.

This post is to tell you to always be yourself. Always be true to who you are. Always be the person that exists underneath all of your looks and appearances. Because that you is the opposite of those “assholes” that I’ve been talking about. That you is sincere. That you is real

You should never feel like you have to act like something you’re not. If you do, then you need to find a new crowd. Be with people who accept you for you. Those are your friends. And chances are, they’re pretty real too. They’re real and they won’t care if you like to listen to Nirvana or Miley Cyrus. They won’t care if you like to wear skinny jeans or baggy sweatpants. They’ll take you just the way you are. As yourself

Don’t be a faker. It’s a poor strategy for making friends. Instead, be cool. Be real. Be you.

One thought on “The Realness”