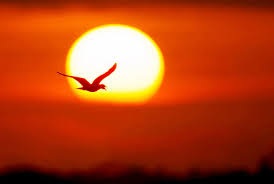 “Birds have wings; they’re free; they can fly where they want when they want. They have the kind of mobility many people envy.” -Roger Tory Peterson

There are days – admittedly more than there should be – where I’m sure I’d rather be a bird.

A bird’s song is beautiful. And as I listen more and more, I hear it for what it really is: music. They’re happy songs, the ones I hear as I sit on my back porch smoking and wondering what winged life would be like. They’re never sad. Never.

A bird has few worries. Sleeping, eating, and not being eaten. A bird’s days are spent finding seeds from little houses hanging from the branches of backyard trees, finding wholes in the very same trees to sleep in, and flying above potential threats to life. That doesn’t seem so bad. Not too hard.

Maybe I don’t give the bird enough credit. Maybe it’s not as simple as I make it out to be. Maybe there are more predators than I know, and only enough bird feeders to satisfy the fortunate. It could be difficult. It could be complicated. Maybe the bird sits on its perch and thinks to itself, “Life would be easier as a human. It seems so simple.” I’ll never know.

But it doesn’t matter.

And so, it’s with this that I think I might rather be a bird. With wings, I could leave it all behind. I could go anywhere I want. I could shrug my bird shoulders, chalk it up to misfortune, and fly away. I could find a fresh start by floating over it all. I could move on and look ahead to more comfortable shelter and more plentiful food.

Wings bring a freedom so vast that nothing else could possibly matter. Everything would seem small in comparison. Flying above it all, higher and higher, fading it out. I could breathe and live and know that no matter what happens, there’s always somewhere I can go.

There are days – admittedly more than there should be – where I’m sure I’d rather be a bird. That seems a bit silly, doesn’t it? Maybe I’m a fool, an idiot. Maybe I’m weird.

I suppose that doesn’t matter either.